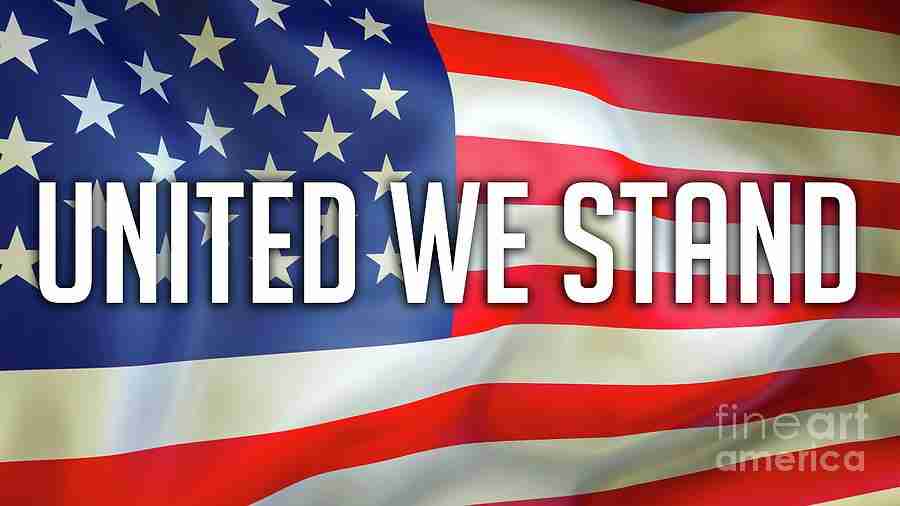 Take a look around. Is this the America that makes you proud? The America you remember as a younger person? Did we have to sacrifice our unity as a nation to become a modern society? I have never really been a political person, but lately it seems like it’s unavoidable. For years, we have witnessed the divisive nature of American politics seep into our everyday lives. We are competing Republican ideals against Democratic, Black Lives Matter vs. Blue Lives, conservatives vs. liberals, political correctness vs. anti-progressiveness—there’s so much division and so much extremism today. In my opinion, our nation has lost sight its underlying identity as “…one nation, under God, indivisible…” and we should all be trying to get back to doing what’s best for our country.

A generation ago, Americans were not as polarized as we are today. We were more united as a nation. We worked hard to improve our communities, to provide better places to raise a family, to get an education, run a business, and live with freedom and dignity. I still believe that we can achieve a more perfect union, but we need to get back on track because the “Unity Train” has been derailed for many years now in America.

The modern version of America has transformed us into a fragmented environment filled with plenty of distrust and fear of one another. Don’t get me wrong. There are still many great, giving Americans who sacrifice every day for others, including and especially our military and the nation’s silent heroes—our frontline healthcare workers. But the overall vibe has grown much colder and isolating for many of us.

If we want to continue growing as a nation, I think we need to stop the divisive rhetoric and begin unifying around the proud traditions that made America a beacon of freedom, hope, and opportunity worldwide. Politics has poisoned people’s thinking and caused us to no longer look at each other as fellow Americans. We cannot rise up and become a better America without everyone working together to build a better society.

The solution to our current era of disconnection will not be easy. To return to a more inclusive and respectful nation, it’s important for each of us to take a look at ourselves in the mirror and ask if we’re doing everything we can to make our community a better place. It won’t happen quickly either. It took decades to get to this low point in American unity, so it makes sense that it will take time to return to a more unified view of ourselves as Americans first. What will it take?

It will take new elected officials who are committed to helping to turn the toxic state of our politics around. It will take better communications with our fellow Americans of every race, creed and viewpoint to understand and just listen to each other better. It will require our news media and social media networks to present a truly accurate and transparent picture of the issues we’re dealing with today. The confusion and chaos sown by the modern media are critical reasons that we are who we are as a country today. It won’t be easy, but it’s important that we get our collective vision of this country back to representing a more unified portrait of what it means to truly be an American.

Can’t we all agree on the most basic of American ideals? Are we not a country founded on the principles of equality, family, religious freedom, mutual respect, and economic prosperity? Is it possible to return to focusing our collective attention on these common denominators as all Americans? If you believe as I do that we can, then let us all take action to bring this shared commitment of Americanism into reality again. Elect only lawmakers who are committed to bipartisan politics. Make an effort to understand where others with differing views are coming from. Live your life as an example of what it means to be a truly patriotic American who is willing to sacrifice in order to make this nation a better place to live, to learn, and to worship as we please.

As the Pledge of Allegiance says: “I pledge allegiance to the flag of the United States of America and to the republic for which it stands, one nation under God, indivisible, with liberty and justice for all.” We can all agree that we have a special country with many areas that require improvement. But first we need to stop the divisiveness so that we can focus our energy on building a better society for everyone. What are you going to do to make your community a better place to live?